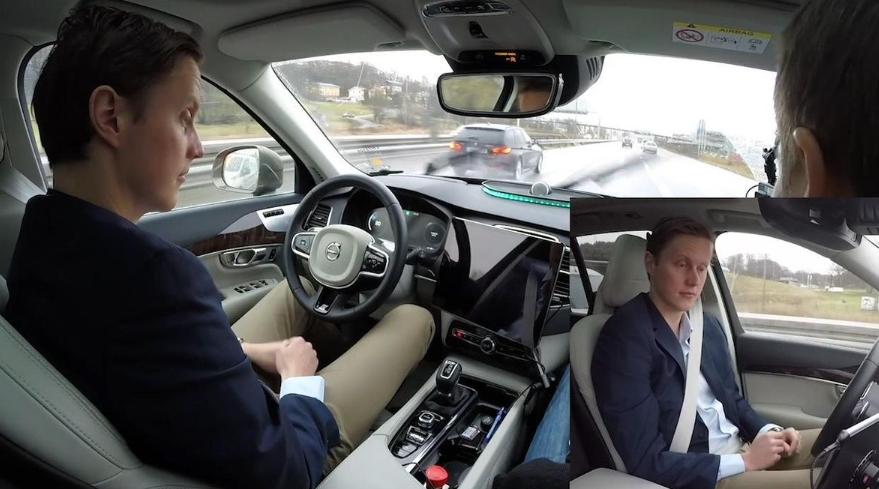 Automated driving technologies are advancing steadily and promise to reduce traffic accidents, but fully independent driving is still a long way off

It’s any given day in the German city of Hamburg. An endless number of vehicles circulate through the streets, while pedestrians gather at the traffic lights. Amidst all the hustle and bustle, a vehicle cuts through traffic without the driver holding the wheel with their hands or stepping on the pedals with their feet.

This is not a dangerous stunt, but the latest tests of the technology designed by the L3Pilot project, funded by the European Union. The research team of this project has developed and tested an electronic system for autonomous driving of cars in urban streets and highways.

“It is essential to test automated vehicles in real conditions,” says Aria Etemad, the coordinator of L3Pilot and a researcher at the German car manufacturer Volkswagen. “It is not enough to circulate them through artificial environments. We have to prove that they can cope with the complexity and contingencies of real traffic.”

Autonomous vehicles have been the subject of great media hype in recent years. American tech companies like Google and Uber have invested billions in research seeking to realize a vision that seems straight out of science fiction: people traveling in cars without human drivers.

These aspirations, however, have been interrupted on certain occasions: the design of autonomous cars has turned out to be more complex than expected. There have even been dramatic situations, such as the death of an American woman in 2018 after a test autonomous vehicle owned by Uber crashed into her.

Beyond this, research groups like Etemad’s, far from public attention, are making very significant progress. In the coming years, it is likely that the streets and highways of Europe will be more and more used by vehicles with a higher degree of autonomy. This is expected to contribute to the EU reaching the objective of reducing traffic accidents from the 19,900 registered last year to zero by 2050. The figure for 2021 increased by 6% compared to that of 2020. If 30% of vehicles that circulate on the roads use automated driving technology, traffic accidents would be reduced by almost 15%, according to L3Pilot forecasts.

Furthermore, automated cars hold the promise of reducing traffic jams (by increasing transport efficiency) and the stress of driving.

“We need a little more time,” says Etemad, now the coordinator of a European monitoring project called Hi-Drive. “But in the near future, more and more vehicles will be equipped with automated driving technology,” she says.

The overall process will be evolutionary. The levels of automation will vary depending on the car model and the different stages of the process. According to a common industry classification, there are six levels of automotive autonomy. Level zero corresponds to a standard non-automated vehicle and level five to full automation: a vehicle that can drive on its own in all possible circumstances.

Level one and two are already a reality today. According to Etemad, the first offers an adaptive cruise control system and the second also includes a traffic jam assistance system.

Some of today’s cars already turn and brake by themselves in relatively easy traffic conditions, such as on highways or in traffic jams.

In some cases, drivers can even take their hands off the wheel and their feet off the pedals while still maintaining primary control (and have to be ready at all times to regain control of the vehicle). The data collected by the sensors and cameras attached to the vehicle is fed into a software system that frequently uses artificial intelligence to make driving decisions.

Currently, car manufacturers are immersed in the task of making level three autonomy a reality.

“Level three is like level two, with the addition that it allows the driver to carry out parallel activities”, explains Etemad and adds: “Watch a video, for example. Only when the system requests it, would I have to retake control of the vehicle”.

David Ertl, of the FIA European Office, states that the drivers themselves provide feedback on their degree of enthusiasm and skepticism about the idea in general, which adds to the value of the research.

“Car users could see clear benefits, such as safer driving,” he adds. “However,” he acknowledges, “it is not yet known for sure how safe automated driving actually is.”

The FIA was a partner of L3Pilot and is currently a partner of Hi-Drive, where it represents drivers’ interests. Safety and trust ultimately depend not only on technology, but also on providing drivers with sufficient information about automated functions.

“In the future, training for driving schools will need to include training on automated driving,” says Ertl.

The transition from level two to level three is capital. Automated systems must be safe enough to allow drivers to divert their attention from the road. According to Etemad, a total of 750 people participated in the L3Pilot tests, which were carried out in seven countries, including Germany, Italy and Sweden, acting either as drivers supervising the maneuvers, or as passengers.

“These tests consisted of driving a vehicle around autonomously, with a trained person sitting in the driver’s seat who could take over control if necessary,” adds Etemad.

Current automated driving technologies have proven to suffer from a number of blind spots. For example, when approaching a construction site, an automated car was unable to decide how to proceed and handed over control of the vehicle to the driver. Difficulties like this are being studied in the Hi-Drive project, which will run until mid-2025.

“We are cooperating with infrastructure owners to find out the location of the work zones and what they look like,” says Etemad. “This information is transferred to the vehicle, which can better prepare to deal with them.”

These types of unforeseen situations are among the main obstacles to the development of autonomous vehicles.

“It is the reason why many manufacturers are not convinced to launch these systems on the market,” says Etemad. “You have to think about all the possible situations in which the vehicle will have to be driven. And that is not easy”.

For the higher levels of autonomy, we will still have to wait.

“Level four could come to the market in the form of taxis or bus-robots,” Etemad said. “Their autonomy is very high, but they circulate at low speed and in clearly delimited places. I’m pretty sure by the end of the decade we’ll be able to see them in some metropolitan areas.”

And what can we expect from the fifth level of automation, which implies that vehicles circulate autonomously everywhere, from narrow secondary roads to highways, passing through urban centers? Is it a chimera condemned not to leave the universe of science fiction? Etemad considers that it is. In his opinion, the cost of the necessary technology and infrastructure (such as sensors that inform the vehicle of road conditions) would be prohibitive in the near future.

“It’s just not affordable,” Etemad said. “With today’s knowledge and technology, we need to focus on levels three and four because that’s where the real potential lies.”