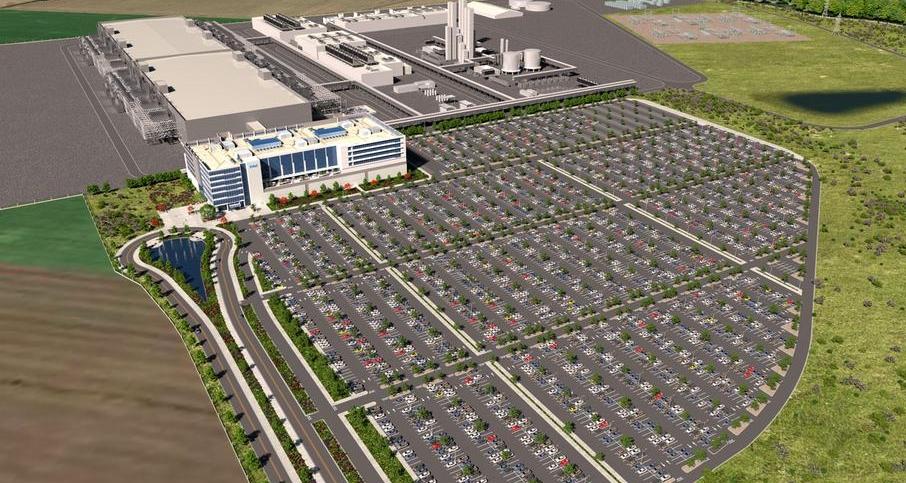 How to attract foreign investors to East Germany, which has long suffered from deindustrialization? Politicians talked about how to work with companies from America and China.

No sooner had Tesla completed its gigafactory in Grunheide than another American corporation, Intel, one of the world’s leaders in microelectronics, announced that it was implementing its new giant project in Europe, also in East Germany.

No one claims that the example of Ilon Musk played a decisive role here. And yet the successful construction of the plant his company could well have influenced Intel’s decision to invest 17 billion euros (the largest investment project of a single firm in the history of Germany!) in the construction of a complex of two plants to produce microchips is in East Germany Magdeburg.

Nevertheless, the former GDR, which suffered a long period of deindustrialization and labor flight after German reunification in 1990, is currently experiencing a real investment boom, driven by foreign companies. And the strongest impetus for this boom was undoubtedly the plant for the production of 500 thousand electric cars Tesla annually. It was built in record time for Germany, near Berlin in Brandenburg. The assembly line started operating in March 2022.

So it’s not surprising that this year the report with the very revealing title “2 Years of Tesla: What Have We Learned?” was one of the highlights of the annual East German Economic Forum (Ostdeutsches Wirtschaftsforum) held in the resort town of Bad Zaarow. Professor Jörg Steinbach, Minister of Economics, Labor and Energy of Brandenburg, shared his conclusions from his experience with Ilon Musk’s corporation.

The first thing he began by saying was the enormous promotional effect the arrival of such a prominent, albeit not unscrupulous, investor had on the region: “We had never imagined that this project would bring Brandenburg so much attention abroad.”

The minister cited three investment decisions, which were a direct result of the construction of the Tesla gigafactory for the production of electric cars and, in the long term, batteries: In the past year German chemicals company BASF, Australian-German company Altech Industries and Canadian Rock Tech Lithium have announced the construction of factories in Brandenburg to produce various materials for batteries and their recycling.

How to organize political support for investment projects

Now three dozen more major companies from various industries are exploring opportunities to invest about 11 billion euros in Brandenburg, significantly more than before the pandemic and the Tesla plant, the state minister of economy said and stressed: “Even if only 10 percent of this amount ends up being invested in our region, it will already be a great success.”

Working with Tesla, he continued, we have learned a lot about how to organize the process of “political support” for projects of this scale. Thus, the regional government, Jörg Steinbach learned, must have its own project manager who would first of all coordinate the process of issuing all sorts of permissions by different departments and services. In the case of Tesla, there were more than 20 of them.

In that context, the speaker praised the government of the neighboring East German state of Saxony-Anhalt, which, based on Brandenburg’s experience, had appointed a deputy regional economy minister responsible for overseeing the project, which would last for about five years, following Intel’s decision to invest in Magdeburg.

However, already at the stage of a pan-European tender and then the preparation of the investment decision, Intel seemed to be able to compete with Tesla in Grünheide in terms of the pace of work in Magdeburg. In any case, Bernd Holthaus, HR director of the German division of the American microelectronics giant, told a discussion after the Brandenburg minister’s report that authorities in Saxony-Anhalt had been working “with incredible speed” for an entire year.

It turns out that the German bureaucracy, which one scolds for its sluggishness, can act quickly, flexibly and in a well-coordinated manner, especially when it is driven by a world-famous and assertive investor with a large investment. At the same time, the German state apparatus has a great advantage, emphasized Bernd Holthaus, a top manager at Intel: It provides legal protection to investors, and “if the decision is made, it is not changed as it often happens in other countries.

Taking part in the discussion, Robert Hermann, head of Germany Trade & Invest (GTAI), the German government foreign trade agency responsible for attracting foreign investors to Germany, confirmed that “what we think of as bureaucracy is often perceived abroad as legal security.

And Sven Schulze, Saxony-Anhalt’s minister of economics, tourism, agriculture and forestry, was firmly convinced after a year of intense interaction with Intel that the European Union and especially Germany are so attractive to multinationals today because they represent “one of the few remaining regions of political stability on the planet”.

Thuringia’s Minister of Economy, Science and Digital Society Wolfgang Tiefensee, for his part, shared his experience with a Chinese investor. Battery manufacturer CATL, which produces batteries for electric cars, is currently completing construction of its first plant outside of China near Erfurt, the capital of the eastern German state, at a cost of over €1.8 billion. It’s expected to open this fall.

And a research center for battery technology development, part of the Fraunhofer-Gesellschaft, an association of German institutes for applied research, opened nearby in 2020. The Thuringian government has allocated 13.5 million euros for the creation and operation of the center. “We will do research together,” said the minister, and this prospect was one of the decisive arguments that prompted CATL to choose Erfurt.